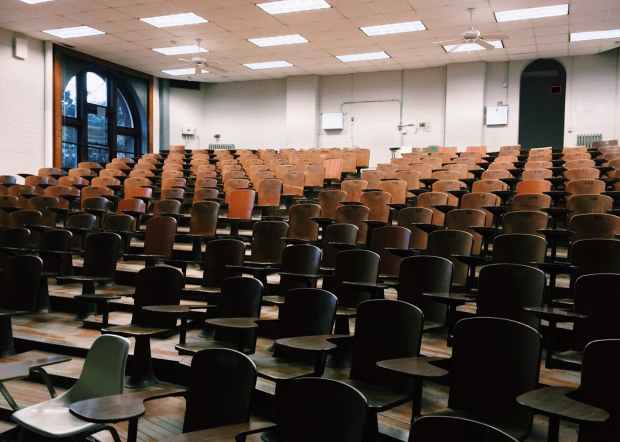 On paper, I was a perfect candidate. I had a shimmering SAT score, A-grades up and down my report cards, and an extracurricular list the length of a CVS receipt. I did the optional essays and supplements. I took the extra classes the admissions counselors recommended to me over the course of the many info sessions that I went to. Hell, we even made a family weekend vacation out of touring the campus and the surrounding area.

Yet, I was rejected.

I didn’t cry. I didn’t curse. I just looked at my student portal in disbelief. I kept re-reading, “We recognize your strong commitment to your studies and appreciate the time and effort that went into preparing your application. However, we are unable to offer you admission to Boston University.”

Though upset, I thought to myself how lucky I was to have gotten into three other schools, and that I had more decisions on the way. But I somehow couldn’t brush off how crushed I was. The number of day-dreams I had of strolling down the historic city, with Northeastern University down the street and MIT across the river, I would be immersed in a city full of the youngest budding minds in the country. Not to mention how it is ranked No. 40 in national universities on U.S. News and World Report’s college rankings list. I pulled through every essay, exam, and all-nighter with a reminder that it would all be worth it once I got my acceptance letter.

Yet one little email put an end to all that, and I was left with a lot of disappointment. Of course, my parents said how I did everything I could, and that the school was the one missing out – even though I think BU will be just fine without me there in the fall. I couldn’t help but be disappointed in myself. Maybe I didn’t push myself as far as I should have. Maybe I could have taken another AP class. Maybe I didn’t balance my academics and arts classes well enough.

With the next round of rejections came a wave of insecurity and self-doubt. I began to believe that I wasn’t as good as I thought I was. I always considered myself a top student. I even considered applying to Ivy League schools. I prided myself on my academic accolades, awards and honors. I was graduating in the top 20 of my senior class. I was confused and conflicted. I had hours-long phone calls with the school’s social worker, Ms. Jessica, which consisted of mostly me complaining and confessing how my insecurities were coming to the surface again.

I didn’t tell my friends or my teachers that I was rejected from my top schools – I was too embarrassed. I was worried that I wouldn’t be meeting the expectations that everyone had set for me. I didn’t want to let anyone down, because I knew how much I had let myself down.

I also assumed that I was an isolated case. Every time I opened Instagram, another person was posting a photo of them wearing a big smile wearing their college hoodie. At least once a day, my friends announced another acceptance. As much as I was happy for them, my disappointment remained very fresh.

So what was I to do? Being stuck in quarantine didn’t help, but I had to push forward and keep moving. Though having the motivation to do so was hard, I made a Facebook page and met people from the schools I was accepted into. I had to make the best of the schools that did want me, instead of contemplating why I wasn’t considered for others.

I began to lay out the pros and cons of every option and committed to my safety school: Hofstra University. The school has always been comfortable for me. This could be because I had attended their day-care program, the summer camp, and have watched my mom work there for my entire life. That was the scary part about it: it was easy. I know the campus, the professors, and the area. My face has literally been used for Hofstra brochures. That’s why I originally wanted a challenge like Boston University.

Sometimes the hardest decision is taking a step back. I don’t have to volunteer every time there is a seat open. I shouldn’t always be in constant competition with myself. With everything I knew about Hofstra, there was so much I had yet to experience. I could be on the college paper like my parents were, experience the study abroad programs I had heard about, and participate in a stage production like the ones I’ve seen there before.

I could have internships in the city and also experience a big college campus. I was accepted into the Honors College, which would open additional opportunities and classes. I could have an even balance of academia and the performing arts, since they offer a minor in musical theater. Most importantly though, my pride and joy Roosevelt Field Mall would only be down the street.

Within the last few days, I’ve found my suitemates and we’re already designing and planning our rooms. The same way I did with BU, I truly see myself at Hofstra. While Hempstead, Long Island wasn’t the original destination, the journey to get there taught me an important life-lesson.

I remember how I felt four years ago when I got rejected from my top NYC high school choice, Fiorello LaGuardia, despite the adjudicators telling me how great my audition was. For the majority of my freshman year at FSSA, I often thought about what my life would’ve been like if I had gone to LaG, and if it would’ve been better. But I wouldn’t trade my years at Frank Sinatra  School of the Arts (FSSA) for anything. I’ve been able to perform at the top performing arts centers in New York City, I’ve been cast in our mainstage musical for three years, I have a tight-knit family at school consisting of kids of various majors and grades. I ended up thriving at the school that my mom forced me to audition to all those years ago. Now, it’s heart-breaking to leave it.

When I got my high-school acceptance letter, my eighth grade English teacher told me, “It’s not the school that makes the kid, it’s the kid that makes the school.” If you have drive and passion, you will flourish no matter what school you go to.

For all my fellow seniors that have been rejected from their top schools: I’m with you. There are more people that are in the same place than you think. A university decision does not dictate your worth or take away from the achievements you have made in high school. The same way a test doesn’t define your intelligence, a rejection email doesn’t define you as a student. You will end up where you’re meant to, which sometimes includes changing majors or transferring schools.

Even if you’re attending a school you didn’t expect, taking a gap year, or not pursuing higher education, I hope you are excited and hopeful for the future ahead. Don’t compare yourself or your situation to anyone else’s – we are all on a unique and special path that will bring us to the places we are meant to be.