Adjusting to the New Start Time 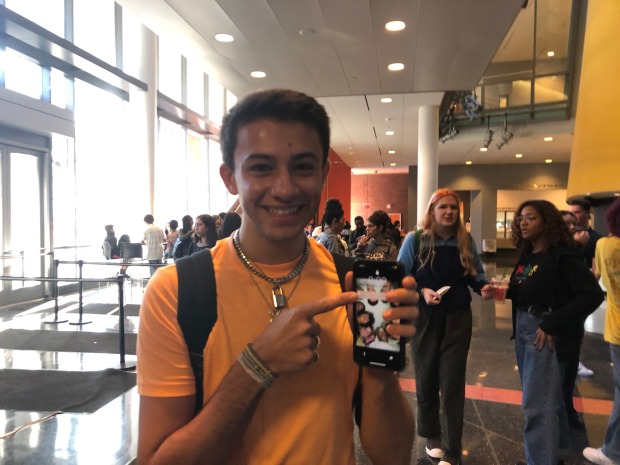 This decision was put into effect as an effort to strengthen on-time attendance school wide, as Sinatra previously had one of the earliest start times in NYC.

“It was really tough on the students, especially those commuting a long distance,” said Ms. Brady, freshman and junior drama teacher. Sinatra has students from all five boroughs and for those who live as far as the Queens/Long Island border or Coney Island, they definitely struggle to get to school as early as 7:50 in the morning.

This new school policy was created to benefit members of the Frank Sinatra community. However, students and faculty alike are torn on the subject, unclear if it was really the right decision after all.

“The hallways are definitely more full with students before first period than it  was last year so it has made a difference,” said Mr. Mwaniki, guidance counselor.

“I appreciate having more flexibility and time to wake up for school. I get a little more time to sleep now, so it’s an overall positive,” he said.

However, students like Orson Cox, senior drama major, think that the start time makes no difference in terms of students getting to school on time.

“Lateness is a habit and it isn’t gonna be fixed by a changed start time. All that’s happening is students are getting out of school later than before,” he said.

The new start time has also impacted after school rehearsal schedules as well as sport team practices, games and clubs.

“Because the day doesn’t finish until 3:00 p.m. now, we don’t start rehearsals until 3:15 p.m. We end up losing about a half hour of rehearsal time each day, and it adds up,” he said.

Not only does the new schedule clearly push back start times, it also makes it so that the day ends twenty minutes later, which ultimately affects commuting home. Some students claimed that their commute time in the afternoon to get home was significantly longer than it was before, even if dismissal is just 20 minutes later.

Yet, there are still plenty of students in school who are in favor of the change. Particularly because it gives students more time in the morning to wake up and prepare for the school day, including the extra 20 minutes of sleep they get. The extra time helps students get a better start to the day.

“I get to sleep in a little bit later, which makes me more attentive in my classes and rehearsals throughout the day,” said senior vocal major Celina Randazzo.

Many teachers and students are aware that it is still very early in the school year to really express a definite opinion on whether the objective of the new start time has been accomplished successfully.

“It’s very early in the year, we are still in September. Once it gets darker and colder, I find it’s harder for students to make it on time. Especially when your academic and studio responsibilities increase,” Ms. Brady stated.

← Walk Out for Climate Change
Concert Hall Gets Major Upgrades →