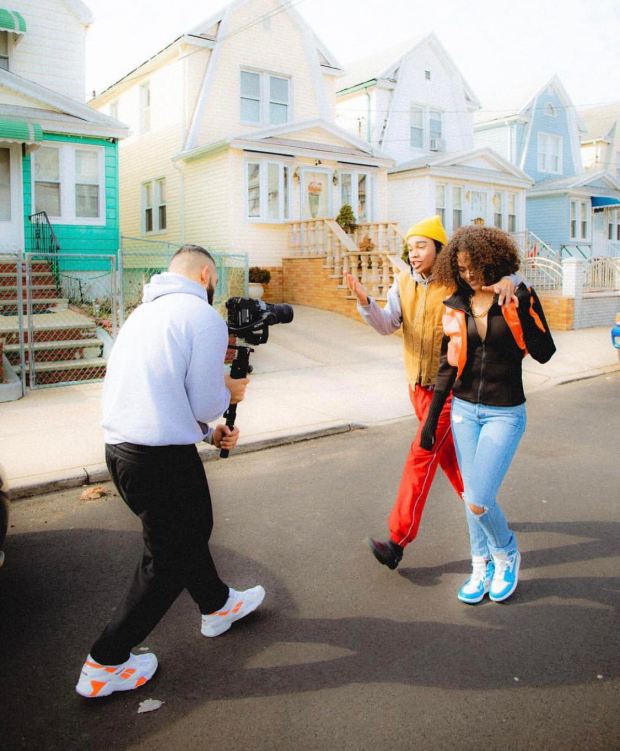 With his talent causing whip appeal, there’s no surprise he goes by the name Whipalo. The 20-year-old Videographer was born Angelo Portillo and hails from Sunset Park, Brooklyn. He is not only known for his colorful and visually dynamic music videos for artists such as Jay Critch, 88 Glam, Meg Donnelly and rapper PnB Rock, but for being completely passionate, immersing himself into his work 24/7.

The Ecuadorian-Honduran-Colombian creative notes how the essence of Sunset Park youth pushed him into the arts. “Although I loved my neighborhood and was very popular among the locals, there was somewhat of a disconnect. All my friends were into sports and I can’t stand sports. I even tried being on my community football team, although it was fun, I can’t deny I was easily the worst player on the team,” Whipalo said.

“My friend Danny was the first person who took me to Soho. My friend Luke introduced me to the more upscale side of the art world, and my friend Kai introduced me to film. Had I not met these people at The High School of Art & Design, I probably wouldn’t be who I am,” he adds.

But even in the setting of an art school, Whipalo still felt confused as to where exactly he belonged.

“Sophomore year I was in Fashion, hated it, then transferred to film. Senior year I started taking it seriously. I worked multiple jobs to save up for a camera and started taxing people for video shoots. By the time I graduated I had a pretty decent portfolio. So, I ditched the idea of college and went out into the real world,” he said. “I felt like I had a legitimate understanding of my art. I didn’t want to sit through film school and learn things I had already Learned in high school. My parents absolutely hated the idea of me not going to college, especially my dad.”

But against their wishes, he still pursued what he felt was the best decision for himself. Whipalo explains that the transition was far from easy.

“For the first 2-3 months I was being lazy and not really taking care of myself. Then one day me and my mom got in a serious argument and I got kicked out the house. The whole night to think about If this was the life I was going to live,” he adds.

Having this conversation with his mother created a drive to survive and manage himself completely. Whipalo began doing video shoots every weekend. 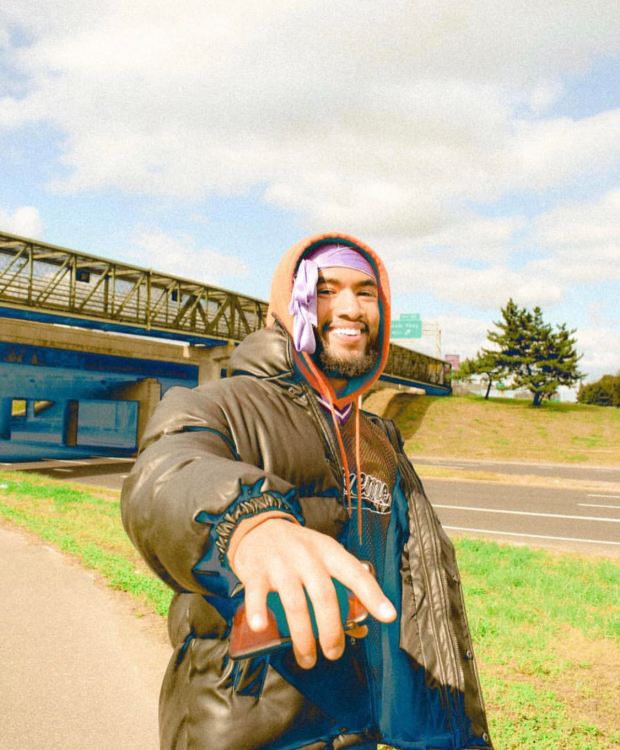 Whipalo is 20 years old and graduated from NYC’s The High School of Art & Design.

For a year he had no camera or equipment. He rented gear on the weekends and directed about three music videos each week. And nearly two years after graduating high school, he’s already rubbing shoulders with the next big names in music. His PnB Rock music video has garnered millions of views on Worldstar hiphop, and he has recently debuted a music video for the rising rap artist Jay Critch.

As a creative, Whipalo hopes to be able to have a strong presence in his community, and to inspire children to not fear real world problems, but face them with confidence.

“A huge goal would be to get my friends/family into their desired work. Get them immersed in the industry. Especially my mom, because she’s such a huge inspiration to me,” he adds. “I’m at peace knowing someone loves me. Knowing I have people rooting for me. I do it for them. And through all my hard work as a videographer, I’m gonna start my own production company and create multiple businesses, invest in my community, and aim to be the best to ever do it. If I’m gonna go back home, I gotta go big! DAT WAY” 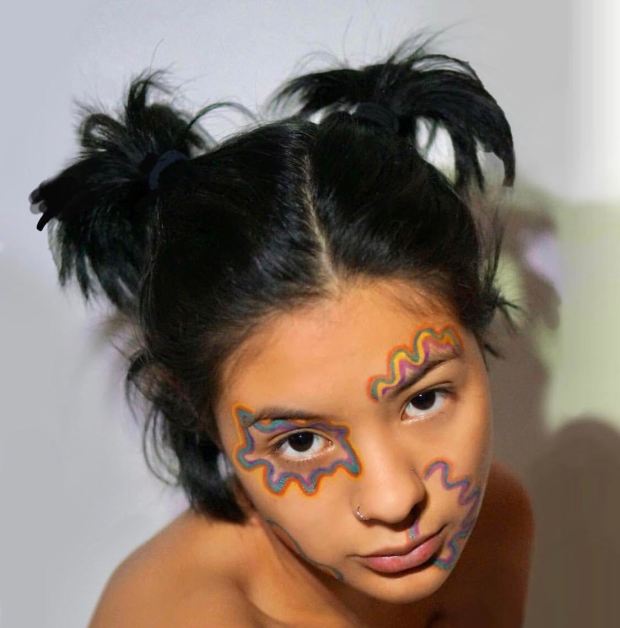 The daughter of immigrant parents from El Salvador, Kasey Dimas continues to make her parents journey to America all worth it. The Queens native and Frank Sinatra School of The Arts (FSSA) alumni is now entering her sophomore year at The Fashion Institute of Technology (FIT).

Dimas is majoring in communication design with the intention of going into Visual Presentation & Exhibition Design (VPED) for her bachelor’s degree. She chose her major based on what she didn’t like. Her interest in VPED stemmed from her experience curating the FSSA senior art exhibition.

She also credits her success with finding her own path.

“I was lucky enough to be raised by parents who never really pushed a particular profession onto me,” Kasey said.”I wasn’t forced to be a lawyer or a doctor, I think that’s where I realized I was meant to be creative. In many ways, I would say my community and culture impacted me to follow through with my creativeness because I never saw much of it in my own community.My family definitely supported my interest in pursuing art since I was in high school. They have always been artistically inclined but because they immigrated to America, they had to take on unrelated occupations.”

But even with the unconditional support of her parents, Dimas still struggled within her path in the creative field. As a first-generation American-Latina youth, she wishes she had more access to networking opportunities.

“Being the first person to go to college in my family, it’s like trekking unknown grounds for myself and my entire family,” she adds.

Dimas also spoke about why she feels many Latina women don’t take the risk of jumping into the arts as a career.

“It’s simple– there is no representation. No matter how many art and design history classes I take, the topic of conversation is always a male artist. It’s actually quite ironic that these curriculums almost always focus on notable male artists when the room of students are 85 percent women. Both in high school and college, I have observed that there are more women than men pursuing art, yet we still are taught the history of male art.”

“As a Latina artist, many people expect me to fail for ‘trying too hard.’ Many think that I overwork myself or take too much on my plate and that I will collapse, wrong. I work harder than my counterparts because minorities are rarely ever pushed or encouraged into a predominately white line of work,” Kasey said.

Kasey previously worked for The Bonita Project, a makeup PR company that strives for diversity in the industry, particularly for Hispanics.

“Being part of The Bonita Project was definitely a learning experience. Though it was a different niche than mine, it only reinforced what has been being chanted for decades– representation matters. My past projects have always centered around the idea of my community, my culture, and my interests,” she said.

She also recently published an illustration-dominant book on gentrification, designed an exhibition based on her neighborhood in Queens, and much more.

“I plan on continuing my work and use my platform as an artist to bring to light something different than high-end art and breaking away from traditional trends and sharing it on my art account,” she said. “Pursuing a career in the arts is unquestionably difficult, but like all things in life, hard work pays off. I just want to influence those who think that their opportunities are limited to push harder, whatever you want is there for you, you just have to put in the hard work. It’s easier said than done but there’s nothing more beautiful than defying the odds and living a life where you love what you do.”

If you wanna immerse yourself into Kasey’s eclectic art, check out her page @Dimuhs on instagram. 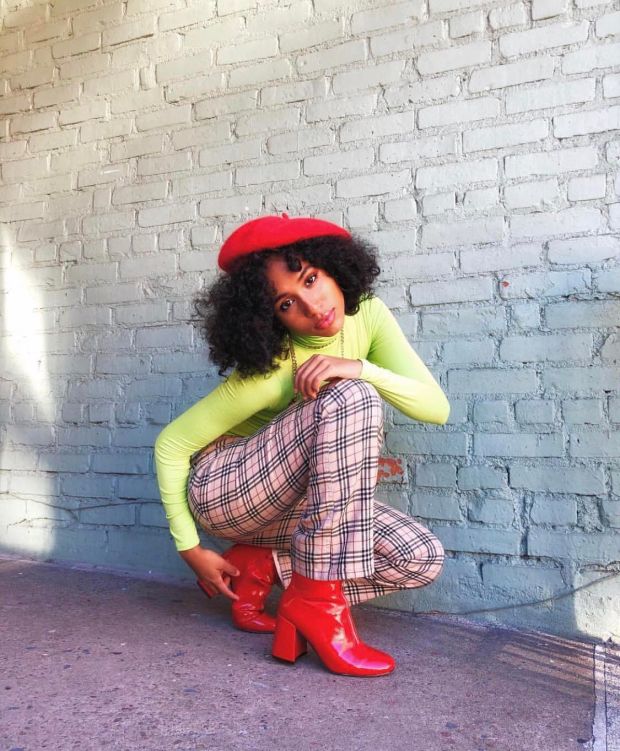 Genesis is 21-years old and is already a popular model.

Today, Petite is the New Model, and that is evident through the eccentric beauty that is, Genesis Vega. The 21-year-old actress and model was born in the Dominican Republic and immigrated to New York at the tender age of six. She has modeled for Urban Outfitters, Marc Jacobs, Converse, SlashedByTia, Polo Ralph Lauren, Puma and many more, all without ever being signed to an agency.

“I remember how scared and excited I was coming to the US, It was like i teleported to a completely different universe where I couldn’t understand the language so I just made up my own,” she said.

She notes her desire to model comes from watching Miss Universe with her parents. “I’d tell them I would be the future Miss Dominican Republic, Therefore, knowing that I could dream that big at such a young age and not wanting to settle for the ordinary, and I was going to do everything in my power to make those dreams happen,” Genesis said.

But reality struck when she realized she was nearly a foot shorter than what the industry demanded. “Agencies look the other way any time my height is mentioned and they underestimate my talent a lot. That’s why I don’t only advocate for petite models but for dark skin models, disabled, curvy/fat, and transgender models as well because no one should feel like there is a limit to their dreams. We need representation, someone who we can look up to and say thank you for representing us because we matter as well,” she added.

But despite her height limitations, she prevailed.

“I wanted to break barriers as the first petite model to be signed to an agency but of course the journey wasn’t easy. I got rejected a lot and there were times when I wanted to give up because I felt so undermined and unworthy. I would always blame it on the fact that I was petite. Till now I embrace the fact that I am small and I have done accomplished since the age of 16, I may not be signed but that’s the beauty of it I got to work with big brands like Nars which was one of the biggest jobs I have ever booked without an agency,” Genesis said.

Not only did she strive to break barriers in the industry, she wanted to go against stereotypes of being a Latina from the Bronx.

“We’re taught to be a good housewife or marry someone rich. We’re never taught to be the person with success or wealth, I don’t only mean materialistic, but mentally as well. Therefore we’re afraid to excel more than the opposite sex in general, so we rather take the safest path and not think outside the box,” she adds.

Vega believes her spirituality and lifestyle is why she is able to succeed in an industry most people feel is cursed in ending in addiction and insecurity. “Last year I had a lot of health problems with Bartholin’s cysts, twice back to back, which was traumatizing and very painful for me so I had to change the way I was eating because besides stress being one of the reasons why I got that, my eating habits as well played a role. After becoming vegan I have been feeling so much better mentally and physically.”

Genesis Vega believes that taking risks is key, hoping to inspire women of color, especially Afro-Latinas to go after their dreams, to strive for peace of mind, and to never change for approval. She also hopes to see more women of color  embrace their spirituality and culture.

“In the words of Lisa Nichols ‘embrace your greatness and your flaws, live in duality.’ Finding a balance of not only my personality but my culture and beliefs through embrace is what makes me who I am in this industry,” she said.