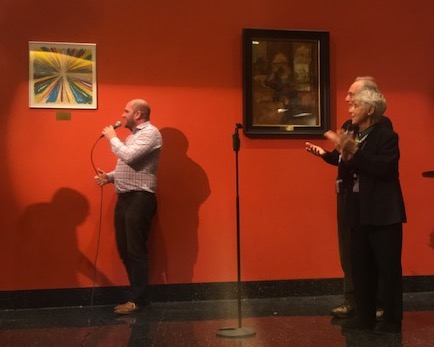 On Friday December 14th at 2pm a lithograph titled “Witchcraft,” created and signed by Frank Sinatra was unveiled at Frank Sinatra School of the Arts (FSSA). Dr. Joan S. Goldsmith and her husband Dr. Kenneth Cloke, two California professors who donated the piece were present for the ceremony that featured FSSA Jazz band, conducted by Mr, Green, performing Sinatra’s own “Witchcraft” complete with help from the vocal department.

Enthusiastic students crowded the staircases and excitement filled Frank Sinatra’s School of the Arts atrium as teachers and ninth period art classes came together to watch the great unveiling. It also gave the Calif. professors a taste of what FSSA is all about.

The lithograph is number 15 of the limited 150 prints. This kind gesture touched both the teachers and students of FSSA, as it was now yet another addition to the artwork hanging in the atrium of the school. Mr. Frankel, the principal of FSSA, was especially grateful for this addition.

“We are so appreciative to add to our beautiful atrium space, the printed entitled “Witchcraft,” which was first created by Frank Sinatra,” said Mr. Frankel. 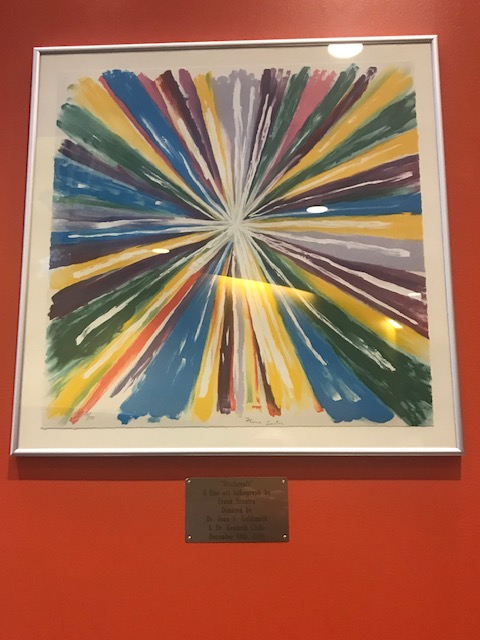 A backlit close up of the print.

Dr. Joan Goldsmith took some time introducing herself and explained the background of the paining to the students and teachers at the ceremony. She expressed her passion for the arts and talked about how growing up, she looked up to Frank Sinatra and his multi-dimensional artistry.

“All of us need to be multi-dimensional and he was. He was an artist, an actor, he was a painter, he was a spokesperson. So I’d like you to look at the variety of the arts that you’re doing,” Dr. Goldsmith said. 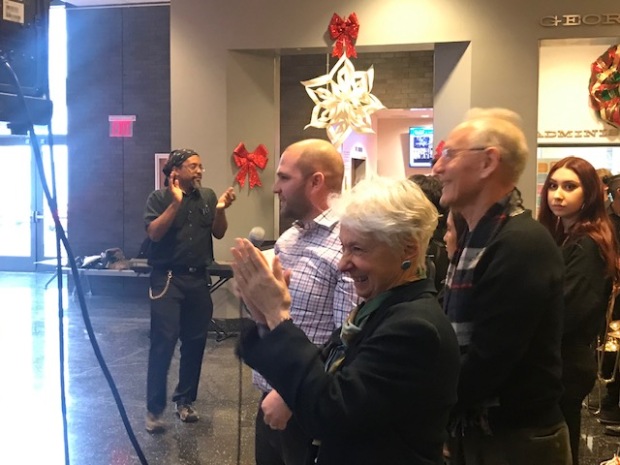 Dr. Goldsmith has admired Frank Sinatra ever since she heard him sing for the first time when she was five years old. After finding out about the school through reading the New York Times, Dr. Goldsmith had the desire to connect with the FSSA community.

According to Dr. Goldsmith the lithograph has been hanging in her office for 15 years after buying it at an art Gallery on Bourbon street in New Orleans. Because her roots are from New York City, she decided it was idea to bring it home. Dr. Goldsmith grew up in Manhattan.

“It hung in my office for me to see for probably 15 years, and thought, I would like for the students and parents who are in this school [FSSA} to love it. And I thought, well I want to give back to where I got a really good education for kindergarten and my first four years,” she said.

Even though Dr. Goldsmith now lives in California she says that she never really left New York.

This kind donation has already brightened up the school’s atrium with a print that helps showcase the multi-dimensional approach to the arts that FSSA has to offer.

← Freedom Means Censorship
The Ballet Shoes That Will Never be Forgotten →