Doing What You Love 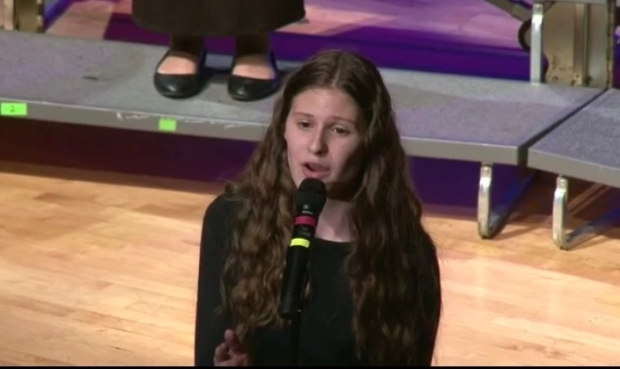 More than one hundred kids audition, but there are only 30 seats.

Round by round people were cut and the audition process grew harder.

She made it through round one and round two. Wearing her hair, half up, half down and in a sundress, she sat by her phone hoping to see her name on the final list. Butterflies filled her stomach as the
notification from Google Classroom appeared on her phone. She tapped the notification, took a deep breath, and prayed that she would be on the list.

A smile from ear to ear filled her face, when she saw her name. She made it.

Marisa Dattolo, a sophomore at the Frank Sinatra School of the Arts (FSSA), is an ensemble member in the school’s production of the Phantom of the Opera, which opens this March. She is ecstatic about being apart of the musical theatre program.

Throughout the audition process, Marisa found herself stressed because she didn’t know if she was good enough to make the show. She saw the competition and felt that there were other students that were just as talented.

Now, Marisa is honored to be a part of the musical theatre program. Over the next eight months, Marisa will work with Mr. Jamie Cacciola Price, who is the drama teacher at FSSA, and Ms.
Best, who is the vocal teacher at FSSA. Not only hasMarisa made many new friends, she also has the learned tremendous amount of new things from Mr. Cacciola Price (director) and Ms.
Best (music director). She feels that this will help her grow as a performer.

“Musical theatre is not just a hobby, it’s who I am,” Marisa said.

Even though the commitment to the program is very demanding, with rehearsals every day after school and on the weekends, Marisa enjoys what she is doing, so it is very easy for her to be committed.

The rehearsal process is a lot to take in, but she loves being with her cast. Not only is she learning a lot from the directors, she is also working together with the other members of her cast and is gaining wisdom from them. Marisa feels that these rehearsals are
beneficial because she is growing as a performer. New techniques, making larger choices, how to be an active listener, and how to make clear character relationships are some of the things Marisa has cultivated.

“I love musical theatre because I can express who I am,” Marisa said.