Something for Everyone: Summer Music Festivals

The music festival scene in the U.S. is one that is known, but under appreciated. As many know, there are festivals for all sorts of people. However an aspect within the festival community that is often forgotten is actually how many genres of festivals are out there. Oftentimes people do not even consider it because they assume there isn’t anything for them to enjoy. In reality, whether your style is edgy punk rock, rap/hip hop, or indie music, there is a festival to match your tastes.

There are the most well-known festivals, such as Coachella and EDC. But let’s dig deeper. Regardless of past failures trying to find a fit, there’s a festival for everyone.

Governor’s Ball – GovBall takes place at the very start of summer, within the first days of June, on New York City’s Randall’s Island. The festival spans across a large field, and has up to 150,000 attendees on average. It has a very safe vibe, given the numerous medical tents set up all across the island, and free water refill stations to prevent dehydration. In addition, contrary to popular belief, there is a very low tolerance for drugs at the fest. So, you’ll probably see plenty of people bringing their children along. They’re perfectly safe. As for music, come to GovBall if you enjoy a medley of indie and alternative music, with the occasional house music artist. June 2-4, 2017. 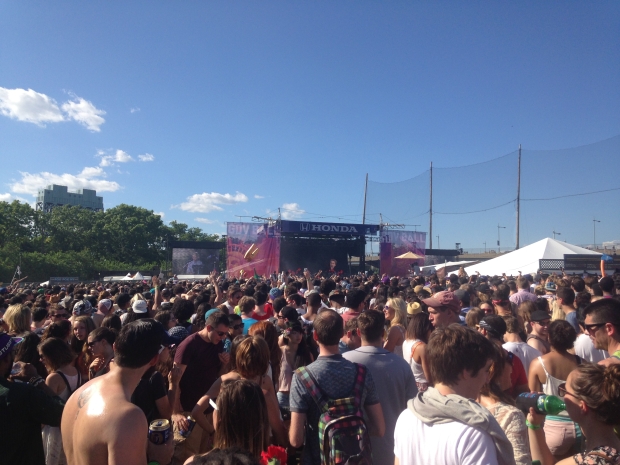 A picture of last year’s GovBall crowd (2016) by Max Hamilton.

Electric Forest – In the town of Rothbury, Michigan, there is an annual festival called Electric Forest. This creates a new spin on the music festival experience, given its location; the middle of the woods. Visitors are immersed in woodland on all sides for the techno-fest. Featured are exclusively electric/techno DJ’s that create a psychedelic forest experience. June 22-July 2, 2017.

Made In America – Founded by rapper Jay-Z, Made In America is a cocktail of some of the most popular artists, so there’s something for everyone to enjoy. Last year’s lineup featured artists all the way from Rihanna, to Coldplay, to Tory Lanez, to A$AP Ferg and Lil Uzi Vert. This is truly the perfect festival for those who love all kinds of music,  and want an experience to satisfy all areas of their tastes. It takes place in September, in Philadelphia, Pennsylvania. September, 2017 dates unconfirmed.

Bonnaroo – This festival is a primarily folk rock style event, with occasional twists such as The Weeknd. The lineup for 2017 features U2, The Red Hot Chili Peppers, John Bellion, Tove Lo, Travis Scott, Chance the Rapper, Tegan and Sara, and Milky Chance. In the middle of June, this Tennessee festival is perfect for a fun time, and some great jams. June 8-11, 2017.

Lollapalooza – One of the most classic festivals out there. Lollapalooza has been around since 1991, created by Jane’s Addiction’s lead singer, Perry Farrell. It was such a beloved event, it continued until 1997, and was revived in 2003. Now, it is up and running once again for all to enjoy. Not only including a jamboree of bands, most of which are also included in the set list for Bonnaroo, but there are craft booths and food vendors scattered around. This year’s Lollapalooza is in Grant Park, Chicago. However, the festival travels all around the world, and is currently also happening in Brazil and Chile. August 3-6, 2017.

Burning Man – Burning Man is one of the most well-known events because of its wild nature. In the middle of the Black Rock Desert in Nevada, Burning Man has been described as more of an “artist’s escape,” rather than a music festival. There are so many art pieces and services to experience, along with the annual burning of a large wooden creation at the festival’s end. Despite this not being the typical “festival” experience, Burning Man is so unique in its nature and is worth attending (but only if you have the endurance for heat, dirt, and lack of hygiene for a few days). August 27-September 4, 2017.

Vans Warped Tour – Warped Tour is a traveling rock festival in America, so you’re in luck. If you live in the U.S., there’s a huge chance for you to attend. Last year’s lineup included 3OH!3, Good Charlotte, Mayday Parade, Sleeping With Sirens, and New Found Glory. If your style is more edgy and punk, this is the scene for you. June 16-August 6, 2017

Taste of Country – Last, but certainly not least, is the Taste of Country festival. This one is kind of self explanatory. Artists such as Tim McGraw, Keith Urban, Miranda Lambert, Toby Keith, Willie Nelson, and Lady Antebellum have performed at Taste of Country. It usually takes place in the first few weeks of June, and is the most prominent country music festival in the Northeast. June 9-11, 2017.

South By South West – Not only a music festival, SXSW showcases films, music, and other interactive experiences that add to the whole event. Taking place in Austin, Texas, this festival offers comedy, film screenings, and expo’s. It’s kind of a nerd-fest, but there’s nothing wrong with that. It’s a learning experience for everyone involved. March 9-18, 2018.

The list could go on and on, because there are truly thousands of festivals that this country, or even the rest of the world has to offer. Hopefully, this list provided a feeling for whether festivals are for you, or gave some insight into what options exist. Since there are plenty of festivals not mentioned, if there’s a style you feel was left out, finding the right festival is only a Google search away.