FSSA senior twins, Shana and Maya Solkoff will be going to different colleges.

Imagine your significant other leaving you for a year or more, seeing them only once every three to four months, it can be hard. With that in mind, imagine what it’s like for twins to go through seeing each other 24/7 for 18 years and then all of a sudden, they split. As if the college process wasn’t hard enough, now knowing that my twin and I will most likely separate for the first time in our lives for longer than two months creates mixed feelings.

“We are going to the same college, silly, I don’t know where you think you’re going,” Shana says.

My twin Shana and I have been talking about this dilemma since the beginning of our senior year. Both having different interests in life regarding our college majors and career choices (physical therapy and marine biology), gave us the realization that we actually will not be going to the same place in the coming fall semester and for all of our college years, potentially.

Twins besides my own can relate to the possibility of full separation in the near future. Kerry Petrere from Frank Sinatra School of the Arts also deals with the same issue of being a twin. Although her twin sister Colleen goes to St. Francis Preparatory High School, they still come home everyday and spend every second together once at home. 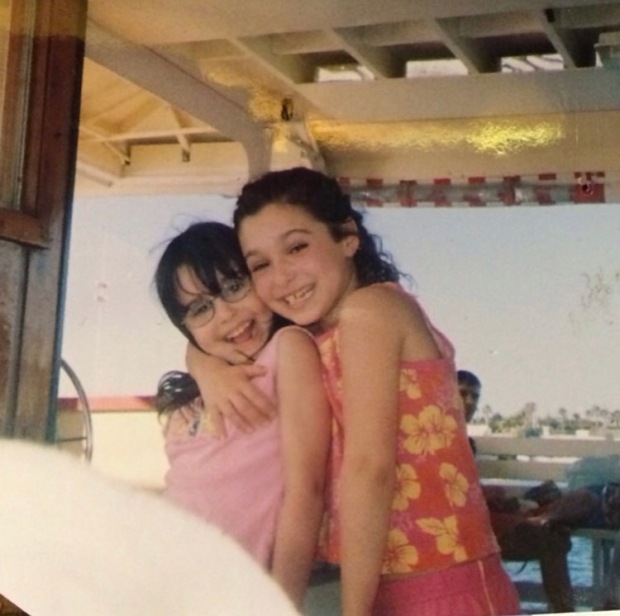 The Solkoff twins have gone to school together since day 1.

“She might be going to Hofstra, somewhere far, or even dorming, I really want to be with her,” Kerry expressed with a frown written all over her face.

What Kerry conveyed is exactly how my twin Shana feels about me going away to another college. But what’s worse is I may be in a different state or different country for my first year at a university. Which of course, my sister has been trying to convince me of not committing to. I can tell Shana will be really upset, but she’ll hopefully look for the positives in going separate ways, and not being together every waking moment of every single day. It’s only natural to separate as we get older, I am keeping my options open for any university because I want great experiences and maximum growth as I begin to study for a future career.

There is an unspoken language that twins have that borders on mind reading, commonly known as “twin telepathy.” Most twins would agree that this feeling and occurrence actually happens. My parents have said many times that when my twin and I were toddlers we would play with each other and be hysterical laughing for no reason. Typically with infants and young children, who are not related will “play” with each other, but only interact next to one another, only concentrating on what’s in front of them.

The reliance for someone to always be there, the irreplaceable best friend, and having someone there who knows every detail about you is now parting in the close future.

“I just want to know you’re there,” said Shana.

Although I believe we are capable of succeeding away from each other, there is a feeling of something missing when going away from your twin. No one can come close to replacing your twin, which also becomes comforting when you know you can always come back.

← The Interview: Mr. Quest
How to Hike the Appalachian Trail →