The Music Man in the Making 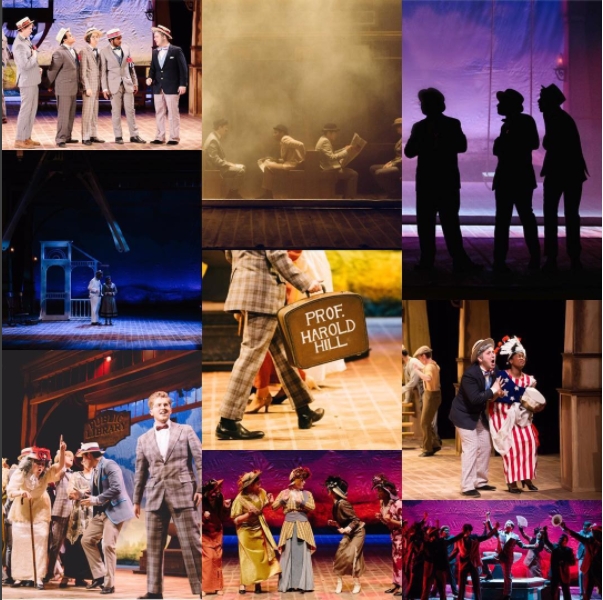 All images for Music Man by Abe Ariel Productions.

Frank Sinatra School of the Arts opens their main stage production of Music Man this week. This show has been in the making since last May when auditions began. The cast, crew and orchestra endured 40 extra hours of rehearsal over the last two weeks for after school rehearsal and in school practice in final preparation for the show. It was also recently announced that Music Man will be heading to Broadway as part of The Schubert Festival.

“All this work is paying off, seeing the stage being built really brought the whole thing to life,” said Katarina Fradenburg, who is playing Zaneeta and is also apart of the ensemble.

The stagecraft students who dedicated their Regent break to building the set built it over the past month and a half.  With all the help of these students, the regular Tony Bennett Concert Hall is has been transformed into Music Man’s famous River City.

With more than 30 ensemble majors from all different departments of the school, everyone is showing off what they learned in their studio classes as well as the techniques their director Mr. Cacciola-Price has taught them.

“Mr. Cacciola-Price has made this process unbelievably amazing: He is the one of the most honest, intelligent, and creative directors anyone could ever have. He has made rehearsals that could be up to 20 hours a week not feel like a chore, but an exciting opportunity to perform each time. Seeing the process come together has been absolutely incredible and I’m so grateful to be a part of this company,” said Cathy Caamano, who is also playing Zaneeta and is a part of the ensemble.

The dedication put in by the stagecraft students is a big factor in the actors connection to the show.  Without their help, the transformation from the regular auditorium to the city in which the show takes place would never have been possible.