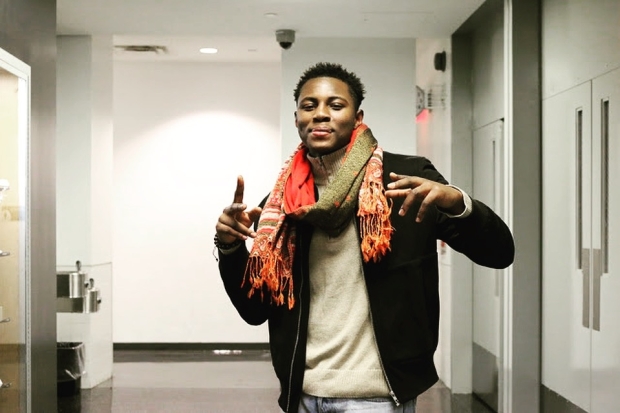 Much like in our country, in school, students need representatives who depict their ideas and want to represent them. Lloyd Ansah, President, Lindsay Walker, Vice President, Vanessa Gapa, Treasurer and Sophia Kazee, Secretary try their hardest every other week on Thursdays to get student’s ideas and their own approved.

It’s always nice to see students looking up to one another. Class president Lloyd Ansah noticed the changes Sophia Kazee was making while she was a representative and wanted to be part of the bigger picture.

“I saw that there were things in the school that weren’t being represented. There are things that have been set in stone for student government from previous years and I didn’t know that until I joined,” Lloyd said. “We can still add things to make it our own, but there are requirements that must be met each year. Something we have never done before was the ice cream social for the freshmen this year. I wish they had done that for my freshmen year because it was a great way to welcome the students into our FSSA family,” he said.

Since starting his term as president, Lloyd has attended meetings with school district officials and realized FSSA is very lucky to have what it has in this school.

“Many students during their presidential campaigns spoke about everything that is wrong with their school and no one focused on the good, on what they have. We are very blessed to be here (at FSSA),” Lloyd said.

Lloyd said he also learned that if you are running for Student Government, be respectful and don’t discredit any staff member.

“Speak from a student’s perspective and realize everyone has been working to make our school better, they aren’t just sitting around all day,” said Lloyd.

Vice President Lindsay Walker has always wanted to change the world, and she has brought that spirit with her in her new role.

“Really listening to things students have to say and making reason of it with teachers and administration is something I make sure to do so that as many people in the building agree and can see results,” she adds.

Another goal the VP is trying to enact is to implement more clubs and to bring alumni back to the school.

Working in student government has allowed Lindsay to work with others in totally new ways.

“There are some awesome things we are accomplishing this year that we all had to really push for and work our hardest on to get done,” she said. One example is a new Mental Health issue campaign.

Other members of the team are working to plan events and fundraisers. This is the job of Nes Gapa, school Treasurer.

“We have a very involved and supportive student body. Our student body is very interested in participating in the events we brainstorm and turnouts to them are usually very high. I’ve learned how important communication is and getting work done on time,” said Nes.

Nes has another interest, she wants to implement a sustainability program in this school.

“I’m currently researching if we can collaborate with the people who have worked on our school’s garden and if there could be any workshops done,” she adds.

Lastly, Sophia Kazee, Student Government Secretary, has always wanted to be part of the bigger picture. In her middle and elementary schools she didn’t have a student government but really wanted to be involved in school.

“When I found out I could run for student government, I was thrilled. I really wanted to make a difference in the school. This school (FSSA) has been in my life for eight years. My sister attended and then I was given the opportunity to attend. I want to make sure that our school is the best it can be. I want to cater to students’ needs and I thought this  was really the only way I could do that and get involve,” she said.

Sophia has enjoyed Student Government so much that she successfully ran three times for office: first for Sophomore Representative, then for Junior Representative and this year for Secretary.

Student Government has allowed Sophia to take more charge and initiative towards things that she really wants.

Student Government is in the process of raising money, adding a mentoring program for those interested and planning events for the student body to enjoy.

“Everyone works together and it’s not just one person making decisions or giving ideas, it’s everyone. We are a hardworking group. The representatives as well as everyone else are always on top of everything so we can try to better the school,” Lloyd said.