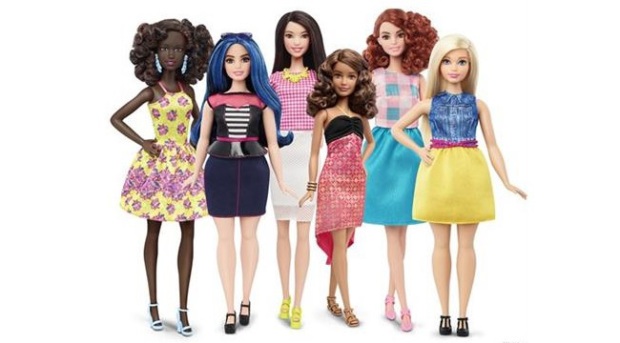 Barbie’s new line aims to better reflect the girls who play with them.

The toy aisle recently got a makeover. Shelves where the iconic lean, white Barbie dominated the attention of young girls for generations are starting to become more representative of the times.

Mattel announced new Barbie dolls with a variety of body types, facial structures and skin tones. After 57 years of controversy, Mattel has finally featured Barbie dolls who are petite, tall, and most importantly- curvy. Barbie’s reputation as an impossibly tall, thin, and busty white woman will continue, but the “more realistic” dolls who represent more kinds of beauty will be available to fans everywhere.

For the past two years, Mattel has been working on “Project Dawn” their first effort to create a doll in the reflection of the young girls who play with them. While the initiative to go away from their negative body-image impact on young girls is noble, there are skeptics who believe that the new bodies will not have the desired effect.

“There is still a stereotypical image of what these dolls should be like, and these minor changes or ‘improvements’ that have been made to these dolls are a step forward to removing this image, but it is still not a significant change,” senior art major Angel Cajas said, who often decapitated his sister’s Barbie dolls as a child.

Along with unrealistic body expectations, senior art major Dakota Sherman, thinks an even bolder statement would be to focus on making Barbie even more realistic.

“Hair on the legs, arms, and armpits would make them more real instead of these waxed-down figures of perfection,” Sherman said.

The argument can be made that the effort to eliminate the harm that’s placed on young girls by unrealistic body expectations can be helped by using real women to teach the proper values to the younger generation.