Seasons Concert of Life and Love

Vocalists at the FSSA Concert

Normally on the last Friday night before Christmas break, one would assume most teenagers would rather be anywhere than near their high school. They should be partying, going to the movies, and simply blowing off some steam in anticipation of the 12-day break. But not our Frank Sinatra School of the Arts (FSSA) kids. Instead, they stayed hours after school to showcase all of their hard work and immense talent in the 2014 Season Concert of Life and Love.

As the clock approached 7:30 p.m. on Friday, December, 19 and the almost sold out concert hall filled with anticipated students, parents, faculty, and returning college freshman alike, the level of energy in the room was not only magnetic and electric, but contagious.

As the lights dimmed and the FSSA students from The Director’s Club entered a makeshift platform the audience was taken on a hilarious and heartfelt journey. Set in a subway car in New York City, eight unlikely strangers were stuck waiting for their delayed train to move forward. Left with nothing to do but make small talk each stranger revealed a little piece of their own story.

From the vocal majors singing about spring to the dance majors flawless and controlled execution of difficult moves to beautifully haunting music, the Season of Love Concert definitely did not disappoint. The audience was also delightfully surprised with the world premiere of the “It’s Your World” music video starring the students of FSSA and cameo’s by Ms. Marchetta, Ms. Regina, Mr. Tyrone, Ms. Mary. Not only was the music video professionally shot by Mr. Vasquez, but it also caused an uproar among excited audience members when one of its stars, junior vocalist Giancarlo Pinzon appeared on screen. 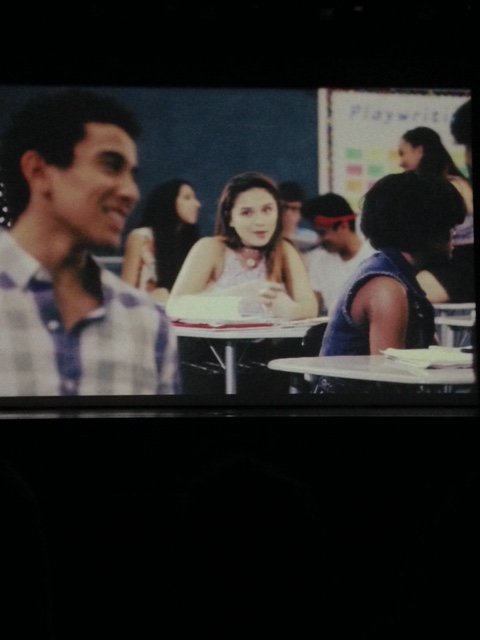 Instrumental majors even made the few who disliked Disney’s highest grossing animated film ever, Frozen, fall in love when they performed their rendition of three songs from the popular movie along with video clips to heighten the atmosphere.

The comedic relief provided by The Director’s Club throughout the entirety of the show was not lost on the audience and seamlessly moved the show along with its witty banter and poetic tidbits.

Of course it was no surprise that the finale of the show ended with this year’s cast of Rent and the vocal studio’s accompaniment singing “Seasons of Love.”

After every performer got a well-deserved standing ovation, everyone hurried out to greet and mingle with friends and loved ones who, were surrounded by beautiful masterpieces created by the senior and junior art majors. These complex pieces of art transformed our school’s atrium into a classy Manhattan art gallery. Some even entertained themselves by watching the impressive films created by the junior film majors. If one could have glanced down at this scene from a bird’s eyes view they would have most likely been mesmerized.